All I Want For Christmas...(Unattainable Edition)

Christmas is the season of giving......screw that though. You don't want to hear that. I mean I could go on about how much I put in the little red buckets, or how I put stuff in the Toys For Tots boxes every year, but a whole post about that would make me look like a narcissistic tool. So we won't be doing that. Instead I'm going in a whole other narcissistic way and tell you what I want for Christmas.

Now I could go on and tell you I need a new pair of Chuck Taylor All Stars, or the latest Mystery Science Theater 3000 box set. But if Christmas Movies starring Vince Vaughn have taught me anything, it is that Christmas is also a time of miracles. So I thought I'd make my list completely unobtainable things. Things no person could give me for Christmas unless they where super rich or had god like powers. I think Santa falls into both those categories. So this is for you Red Man....not the rapper, the mythical guy. 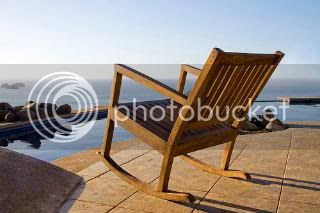 I have lived in Missouri my entire 30 years of life. I got nothing against Missouri, but it gets rather nippy here in the winter. I know it's nothing like say Canada, but it is colder then I'd like for my own personal comfort. So wish number one, or rather five since we are counting down here, would be to move someplace warm.

I'm not really talking about an island tropical paradise here. That's not a requirement. Oddly the requirement is something like being able to play Mini-Golf in Dec. If Go-Kart tracks are still open in January, then that place will work.

Course this does kinda go against my Celtic blood. My forefathers lived in the crappiest places they could find. That's why we are all pale and hairy. And I actually do well in the cold, it doesn't bother me. Again, I give full credit to the DNA. I can live someplace cold, it wouldn't kill me. It's just kind of a mild annoyance, and if I could avoid it I will.

I'll be honest, I'm only trying to make my way as an author because I never had the chance to work with film. I would have loved to write and direct my own movies. I've always been a more visual person. Problem was I was a poor kid living in Missouri. Had I been a rich kid living in Southern California, when you'd probably being complaining about how crappy that latest Matt Clemmons flick was right now.

Now, one could try to get into a good film school like USC, but that takes money. I had the test scores, but not the dollar, dollar bills to make that happen. There are programs at schools around here, but most of them were pretty pathetic. And even if they weren't, they were mostly at Universities I couldn't afford. So off I went to State Fair Community College to study Architectural Drafting. It was what I could afford. After a year of that I knew it wasn't for me, but it took a few more years to figure out what I really wanted to do.

If my books were doing well, and I had the time to take a few years off, I'd probably go back to school to get a degree in something. It really bothers me I don't have one. Not that I think it would really help me that much as an author. It'd be more for my own piece of mind thing. The degree I'd try to get would either be in Literature (doubtful), or the aforementioned Film. 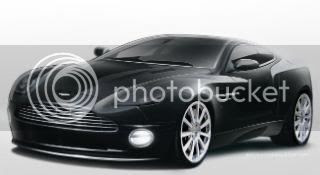 Look at that car. That is sexy right there. If I saw me driving that car, I'd have sex with me. And I'd do it good too.

I think every man deep down wants a super car. Be it a 69 Charger, or a Bugatti Veyron. Every guy wants one. There does seem to be the misconception that if I guy owns something like this that it means either 1.) He is going through a mid-life crisis, or 2.) He is small in the pants. This isn't true. It's just those guys NEED a car like this. Where as most other guys just want a car like this and just never have it. They don't need it to get laid, but they wouldn't turn it away if it was offered to them either.

And of course for me there is the fact that Aston Martin and James Bond go hand and hand. I mean Bond has driven a DB-something in several of the movies, most famously the DB5 in Goldfinger. DBs have also showed up in Thunderball, On Her Majesty's Secret Service, The Living Daylights, Goldeneye, Die Another Day, Casino Royale, and Quantum of Solace. And James Bond even drove a DB Mark 3 in the novel of Goldfinger. Although none of these cars where a DB9, the Vanquish and DBS from the last three films share the body type of the DB9. 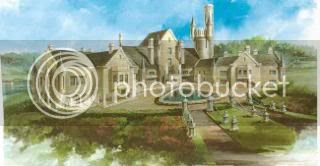 Who doesn't want a big ass house? I mean really. This house, which is called Balmoral after a castle in Scottland, is over 22,188 square feet and has 13 bedrooms. (I know the site says 12..but the 13th is called a Stateroom. This is to avoid having 13 bedrooms, which is seen as bad luck). But I didn't pick this quaint little cottage as my dream house because of that. No, I wanted a house with a indoor pool. See I like to swim, but I've never once in my life had a pool at my home. So to make up for that, when I'm loaded I wanted to swim 365 days a year, rain or shine. Hence the indoor pool. And houses that have that feature tend to be on the large size.

But the pool wasn't the only reason. I also loved that it looked like a Castle. I mean come on, tell me as a kid you never wanted to live in castle. You didn't? You dirty liar. Nothing personal, I just call them as I see them and you is lying girlfriend. Really, my ancestors actually built castles. So I guess it's in my blood, like how I want to make sweet love to Karen Gillan down by the fire...What? That's my story and I'm sticking to it. Anyway, what was I saying? Oh yeah, I want this house. 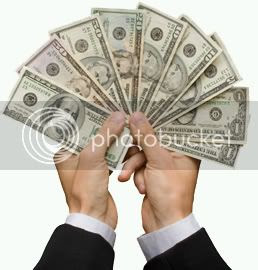 1. Success as a Writer


Yeah, I did use a hand full of cash to represent success as a writer. It's not as shallow as it seems really. A novelist is generally judged a success by two things. One, good reviews. And two, how much money it makes. And here is a little secret you might not know, when you have the latter the first one doesn't matter so much. So really a hand full of cash is a good representation of it I think.

The best thing about this great Christmas wish, is that pretty much all the other stuff on this list could be achieved if this one came true. I wouldn't need the power of the Claus to make it happen.

The sad thing about this wish is that it's completely in my own hands. The only person holding me back from having this, is me. Now look what you made me do, I depressed myself. I hope you are happy with yourself.

I'm going to be completely honest here, there is a wish I have that is greater then Success but it's private so I won't be telling you about it. So quit asking. Although wish number 1, might also make this possible. I really should get to work on that, shouldn't I? I mean I'm not getting any younger.